Golf course putting greens are covered with many types of grasses. I’ve written about my skepticism that adding Si will increase green speed in 3 posts on the blog (post 1, post 2, post 3), and I’ve done so in reference to Zoysia matrella greens which are known for the high silica content of the leaves.

If we would compare only creeping bentgrass and zoysia, the zoysia, with more silica, has a more rigid leaf. And it also requires a lot more work to produce a given green speed with zoysia than it does with bentgrass. It seems obvious to me that stiffer leaves will produce a slower surface, given the same amount of work done to a sward with softer leaves.

Of course, some disagree, and you can see plenty of comments about that here, with a typical argument in favor of Si application like this:

“It hardens and causes the stem of the plant to become rigid and stand more upright. This causes less friction between the ball and leaf tissue. Less friction = more roll…”

I made a conceptual ranking of the seven species that I’m familiar with as putting green surfaces. Let’s take each of these species and plant it as a putting green turf in a location where it is well-adapted. Now let’s go in time to the middle of the growing season at each location. Now let’s try to manage each of these seven species, in the middle of the growing season, to achieve the same speed. How much work will be required to accomplish this with each species? This is my ranking.

You’ll also notice, if you are familiar with these grasses, that there is a distinct increase in the rigidity of the leaves as you go from fine fescue to zoysiagrass. It is the grasses with the softest leaves that require the least work to achieve the desired green speeds. Why make it more complicated by trying to increase leaf rigidity? 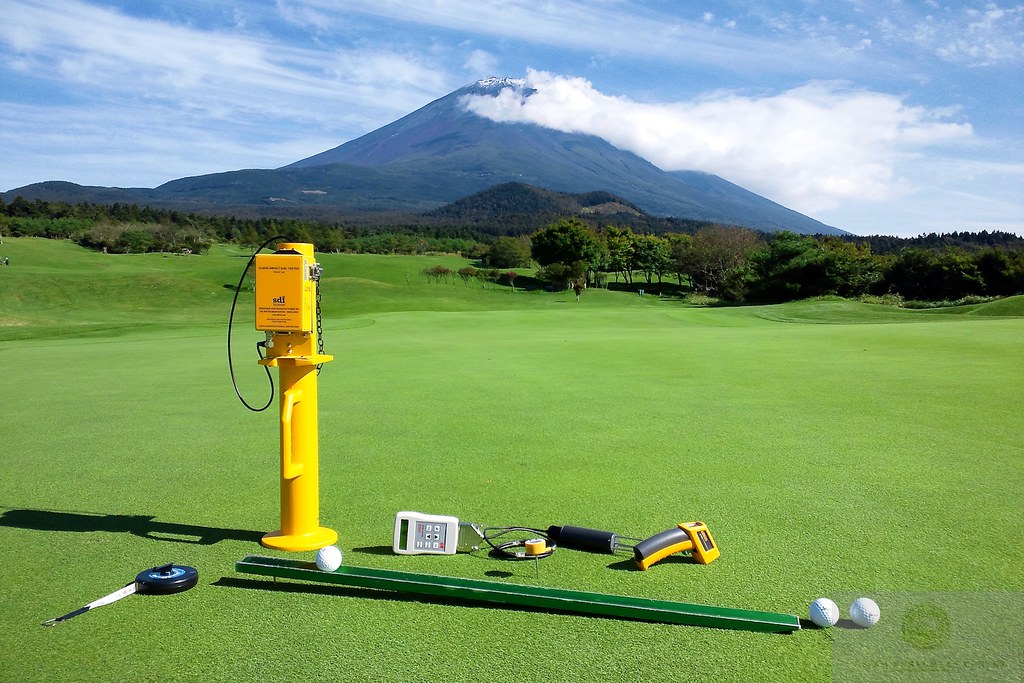