I’ve been asked about zoysia suitability for California, particularly northern parts of California, many times. Every time, I give the same answer. In such a relatively cool climate, and in such a relatively sunny and dry climate, Cynodon seems like a much better choice. I’m posting this for reference in case I’m asked again, and to see how these predictions stand up a few years from now.

The implication of this—if one chooses an inherently slow-growing grass and then plants it in a place where the temperatures are too cool for the grass to grow, it can’t grow enough without intensive maintenance. Bermudagrass (Cynodon) can grow faster, and in a cooler climate, would be expected to outperform any type of zoysia.

Cynodon performs better with less water than Zoysia. There is lots of research about this, with a recent paper by Zhang et al. giving a good explanation.

In Asia, where zoysia is common (and well-adapted), this effect is seen whenever there is a restriction in plant available water.

Here is an unirrigated korai (manilagrass) fairway in Yamaguchi prefecture, Japan. The photo was taken on 28 August 2018; there had been no rain at this location since 29 July. 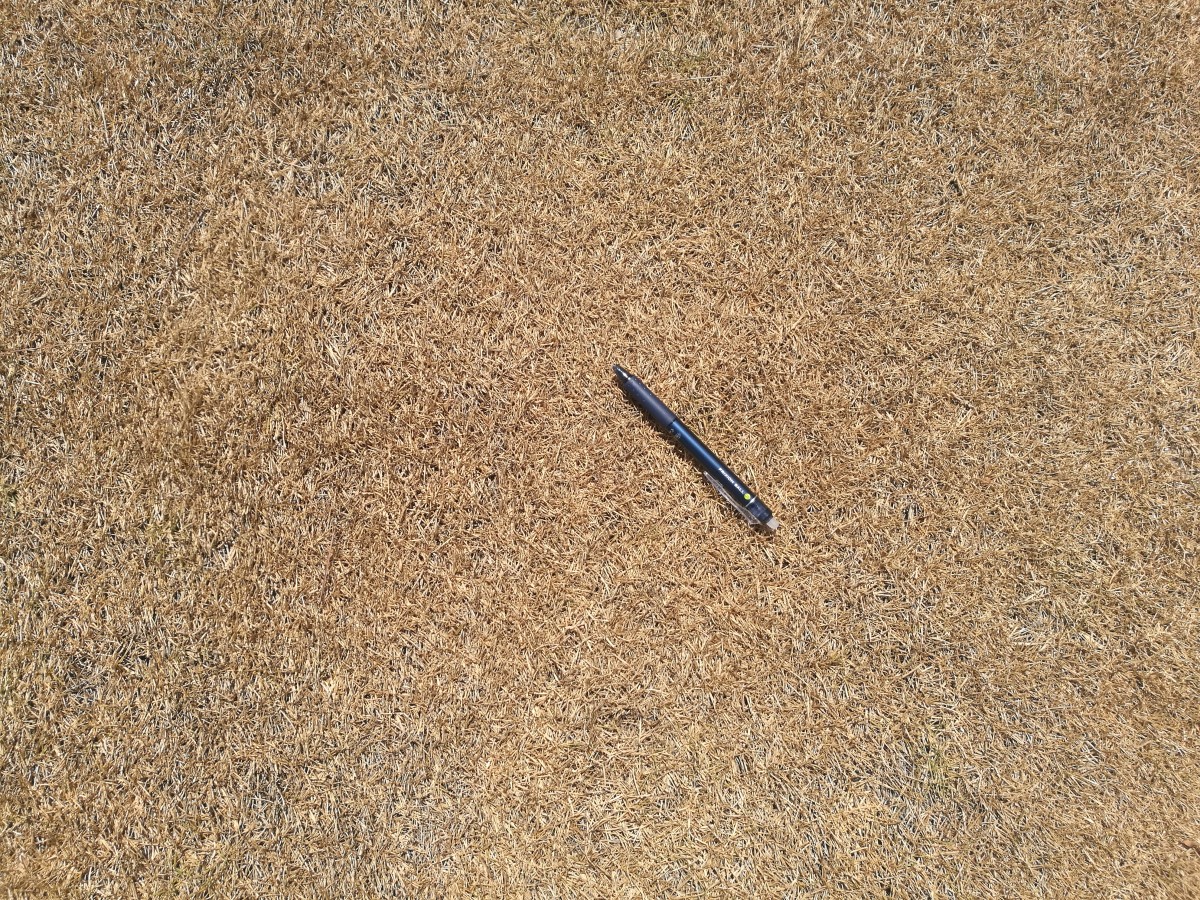 There were a few little spots of bermuda (Cynodon) in these same fairways, and they stood out because the bermuda was still green. 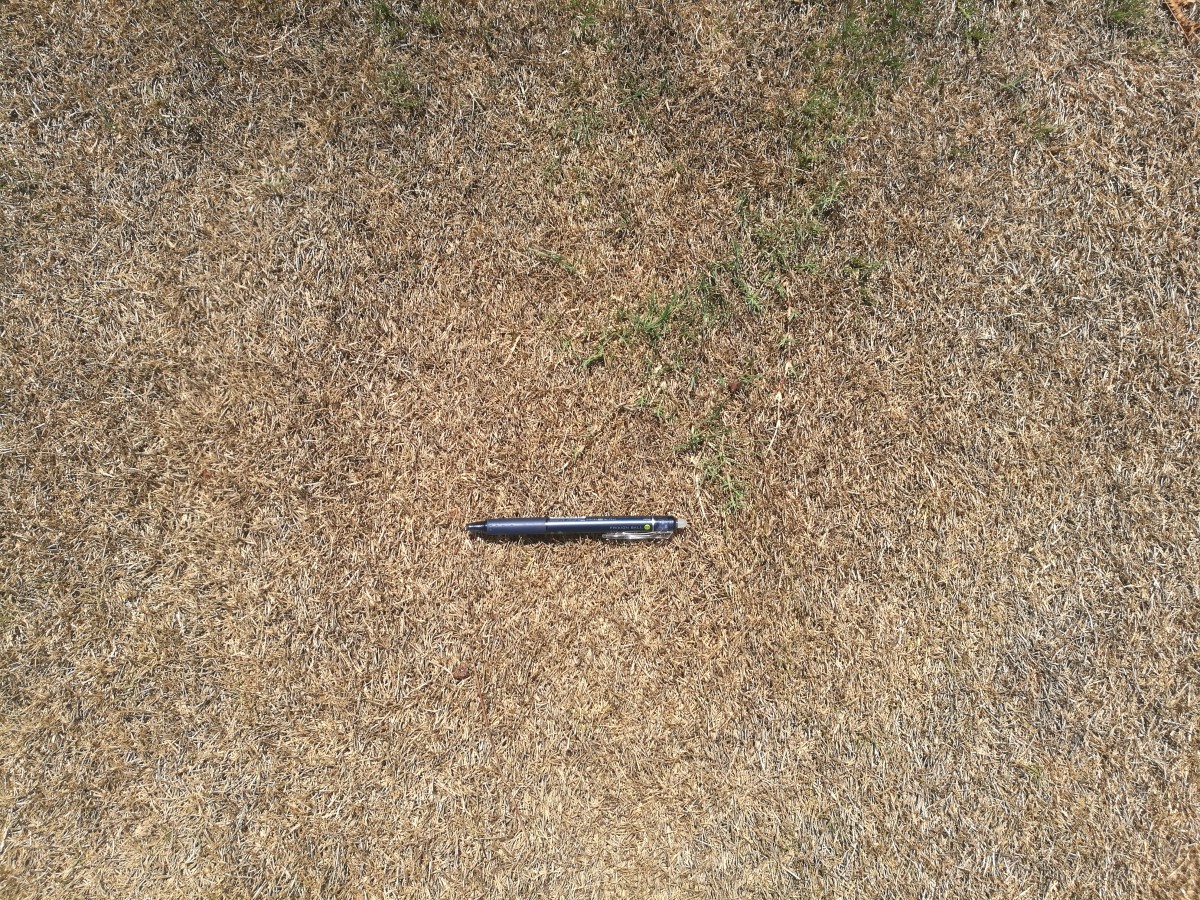 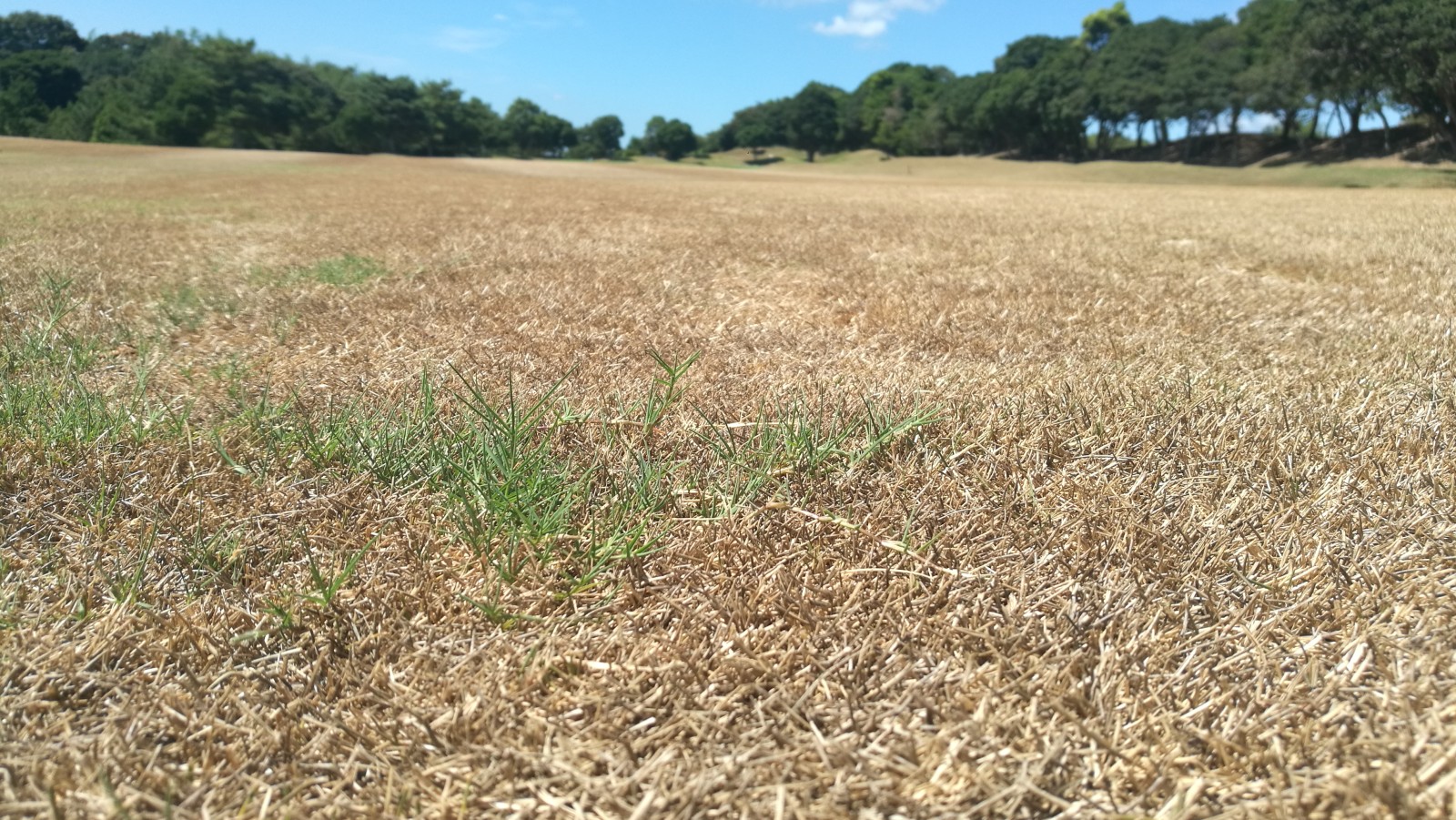 If one is growing bermuda in a climate requiring irrigation, one can apply less water to bermuda than to zoysia to keep the grass growing at the desired growth rate. 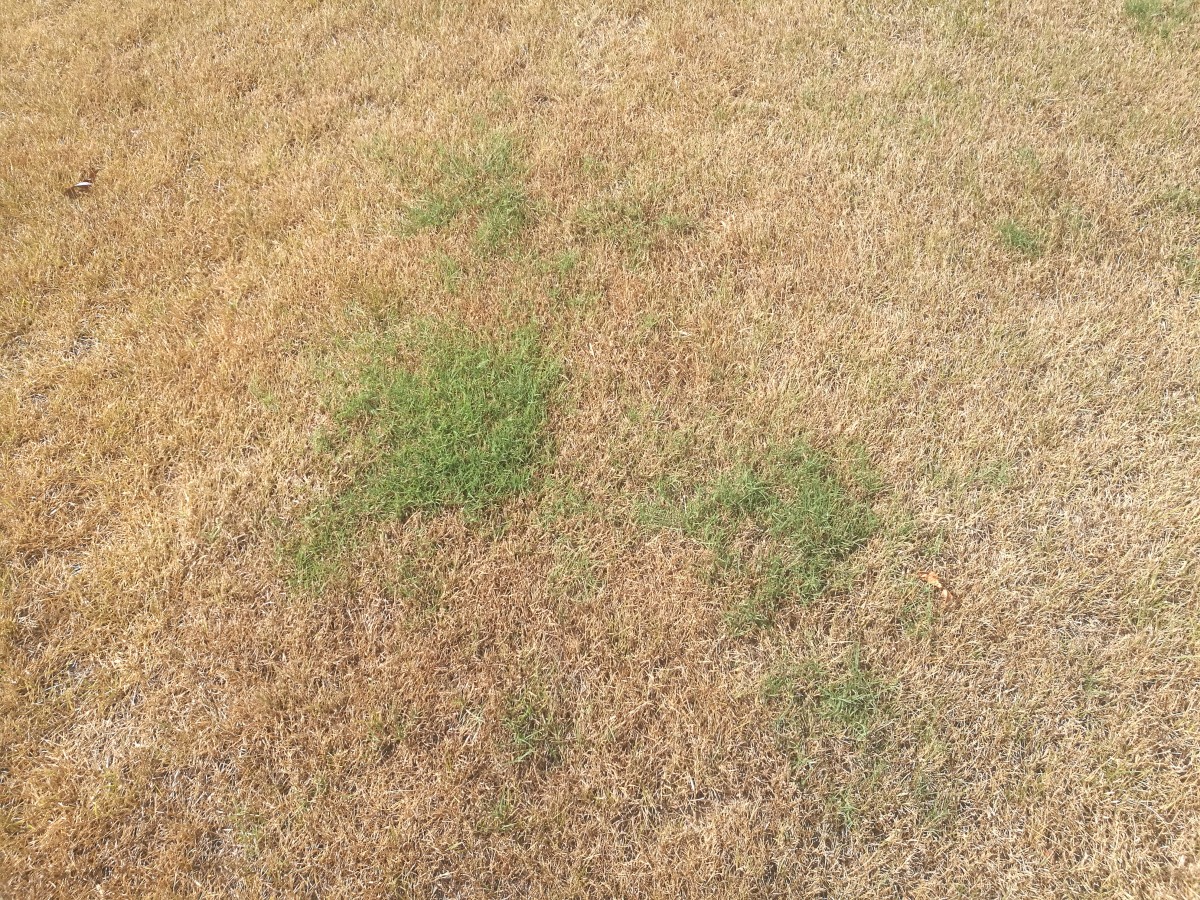 Assuming the temperature is hot enough, and there is a lot of water supplied, then zoysia will outperform bermuda as a mown turf in locations where there is a relatively low amount of photosynthetically active radiation. For example, that’s why zoysia performs so well in East and Southeast Asia. In Hawaii, that’s why one sees so much zoysia around Hilo, but bermuda can be extremely competive in Honolulu.

But there is tons of photosynthetic light in California. This favors bermuda, not zoysia.

In my analysis so far, temperature, water, and light all favor bermuda over zoysia. Then there is also what grasses grow wild, which tells us a lot about how grasses will perform with maintenance.

I was at Pebble Beach in August, and there was lots of bermuda growing wild. 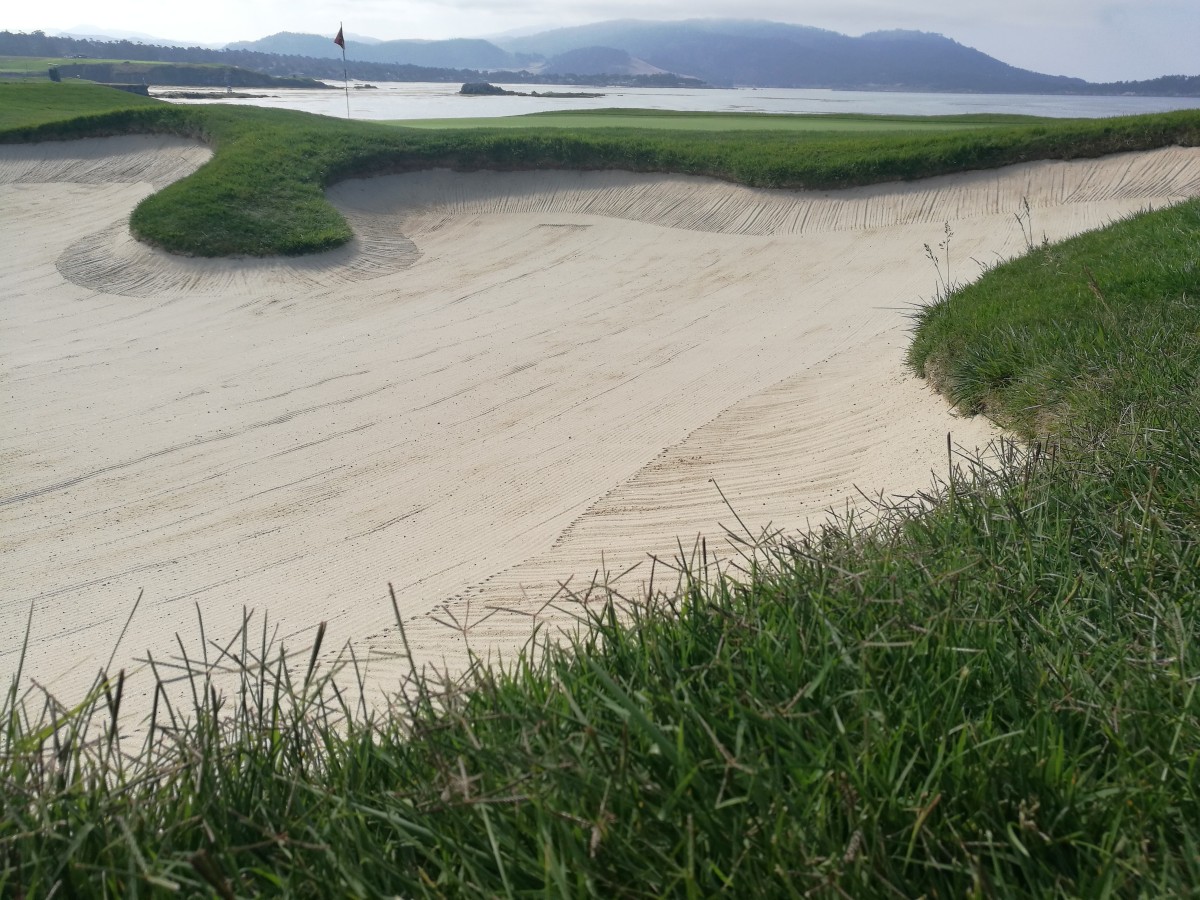 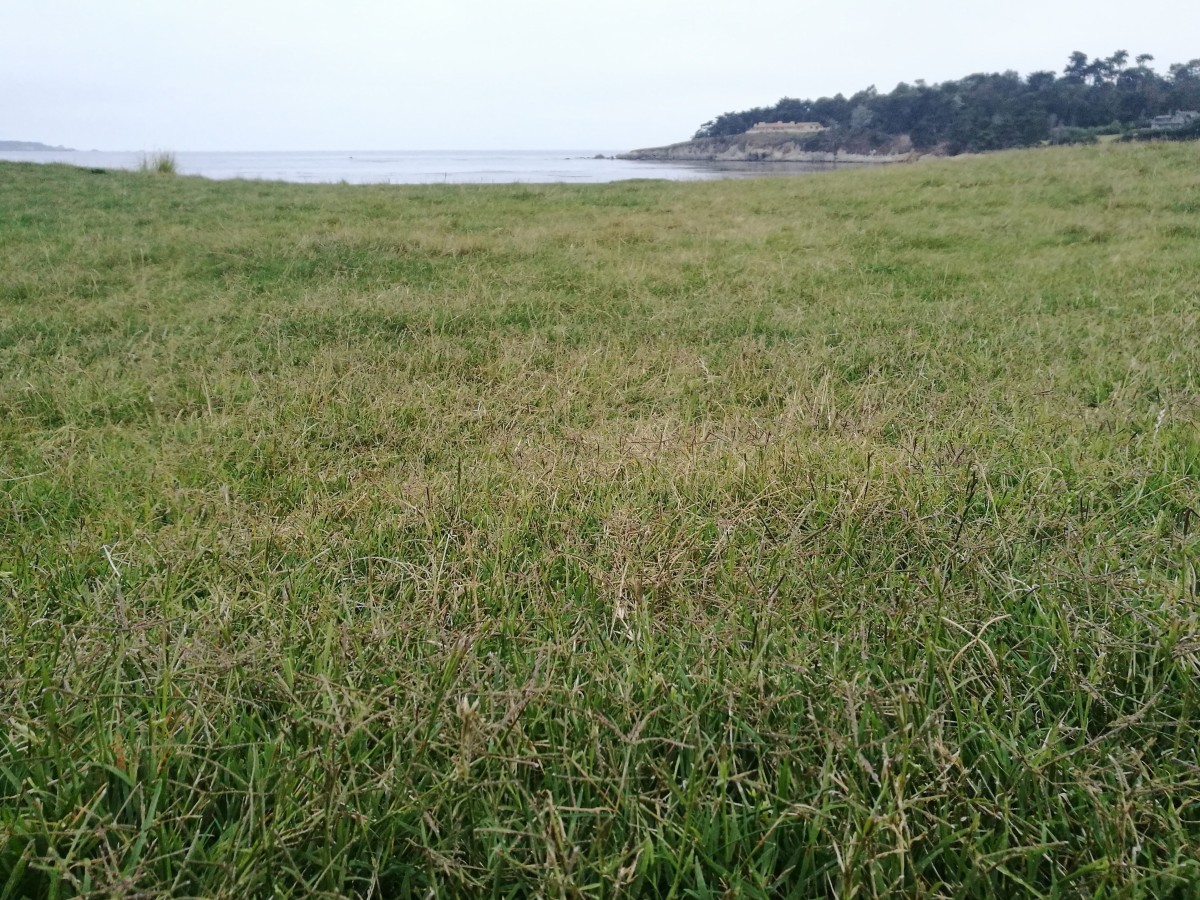 As one moves from the Monterey Peninsula to warmer and drier places in California, I expect there is even more wild bermuda.

I don’t recall seeing any zoysia growing wild in California. If anyone has photos and examples to share with me, I’ll be grateful.

There are places in the United States where it is routine to see zoysia growing wild. For example, on a trip to New York five years ago, I saw this manilagrass on Long Island. 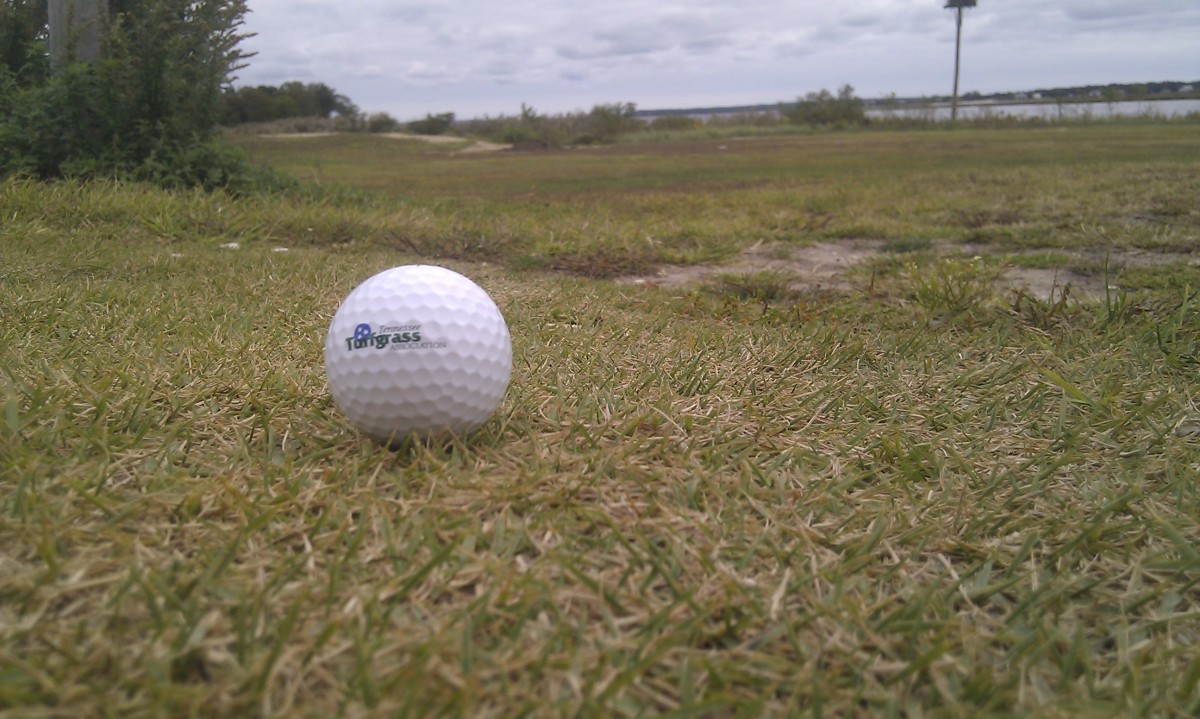 And I saw this Japanese lawngrass on Fishers Island. 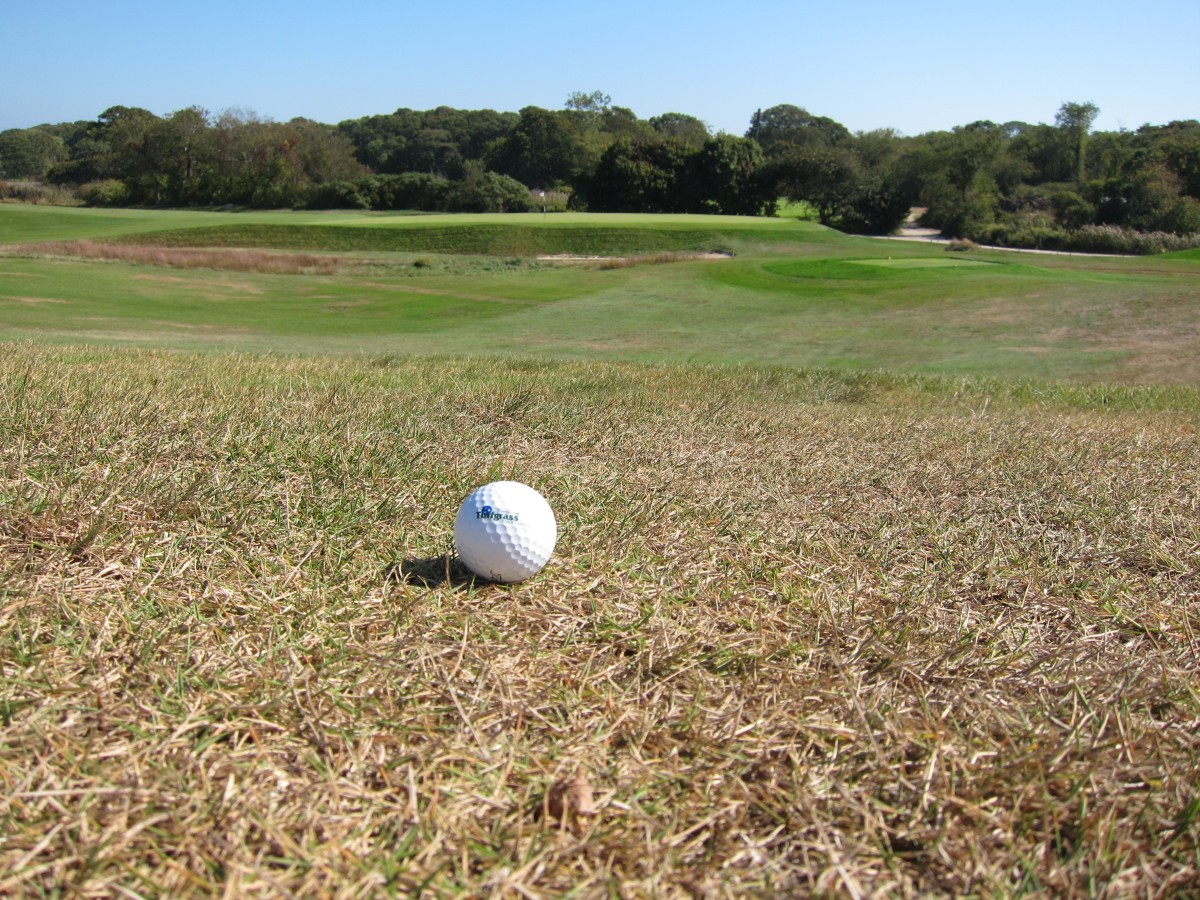 Grass species that don’t die in the wild can be really incredible when one maintains them. But if one can’t even find that species growing wild, or find it invading maintained turf? There must be a reason for that.