Last week I spent a few days in Fukuoka. I was there for the 103rd Japan Amateur Golf Championship. On the the morning of July 5, I recorded this video of a short iron shot landing on the 16th green at the host venue, Keya Golf Club.

The way the ball reacts as it lands on the green is notable for two reasons.

First, the surfaces were essentially as soft as they could be, with the soil moisture at field capacity. The video is on the morning of July 5. There had been measurable precipitation on each of the previous 6 days, for a total of 167.5 mm (6.6 inches), including 60 mm that fell during the typhoon on July 3. 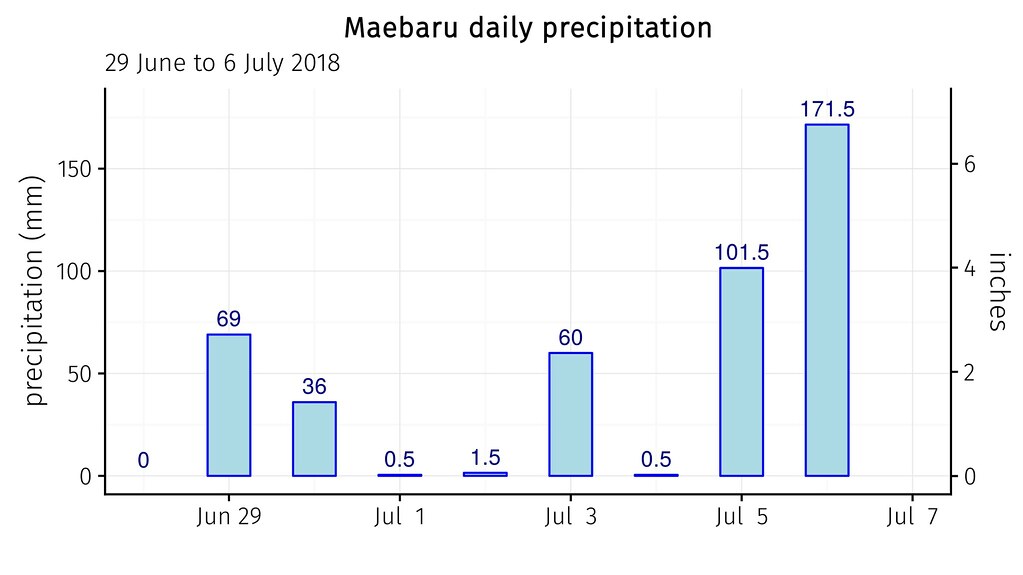 No golf was played on July 3 during the typhoon. As you can see, over 100 mm would fall later on July 5 (after I took the video), stopping play for the day. And the 171.5 mm that fell on July 6 kept players from the course. Thus, the unpleasant termination—the championship couldn’t be completed last week because of all this rain.

Second, this is notable because sand topdressing has only been applied three times in the past eighteen months. In 2017, 1.4 mm of sand were applied. In 2018, a single topdressing of 0.7 mm was applied in late May. One might expect that such infrequent topdressing would lead to softer, rather than to firmer, surfaces. But I’ve been measuring the surface hardness of the putting greens at this course for the past six years. On average, the surfaces are steadily getting firmer. 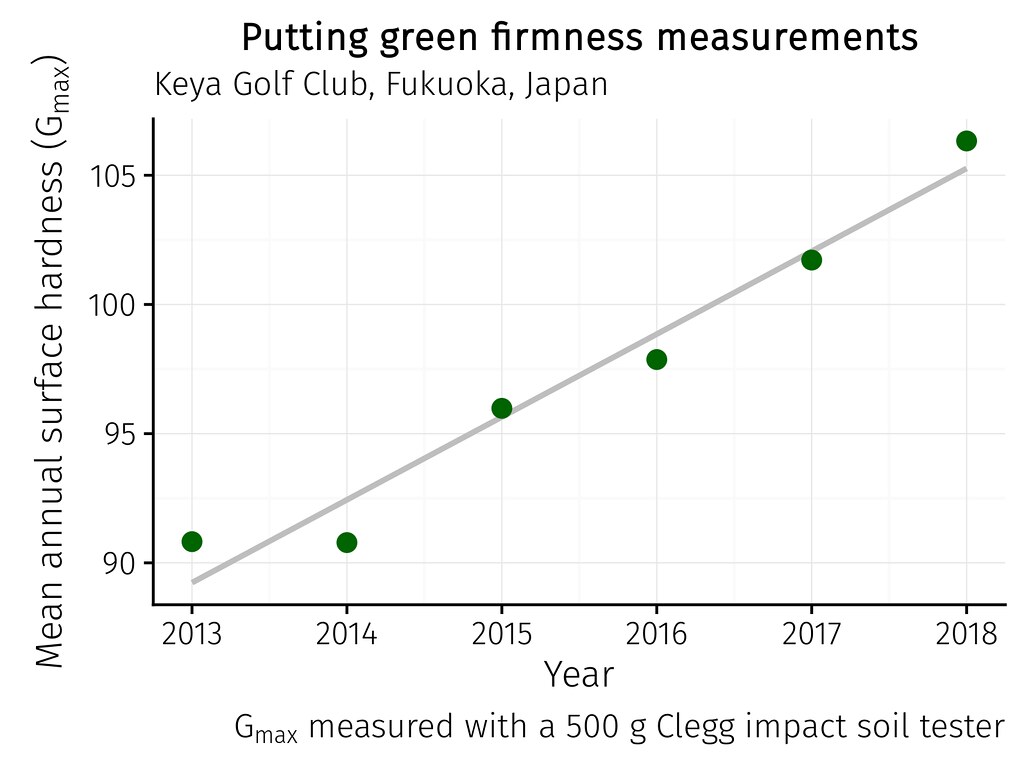 A boxplot with all individual measurements overlaid is shown in this more detailed chart.

You might say that such a result—firmer surfaces with less topdressing—won’t work everywhere. I agree. But with that same line of thinking, surely this is not the only place where this can happen?